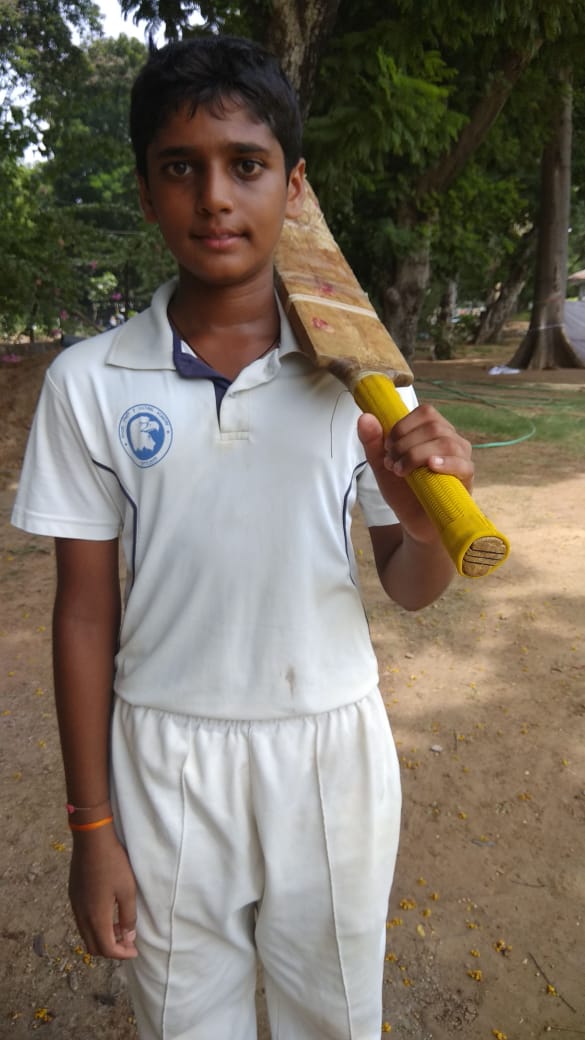 Played at the Alembic-Cricket 1 Ground in Vadodara, on 7th June, this boy Paramveer who is still under 14 took everyone’s notice as he did something which was not only difficult but also unexpected. Played between Yogi CA and DSCA, DSCA won the toss and elected to field first on the back of their strong bowling line up.

Their decision to bowl first was quite spot on as Yogi CA were bundled out for mere 72runs in their 1st innings with Ashutosh taking 4/10 while all-rounder Paramveer Ghelani taking 4/14 as both the bowlers hardly allowed anyone to make much of an impact or settle at the crease.

DSCA in return showed their might with the bat too notching up a mammoth 444/5 before they declared their innings in mere 55.1 overs. Paramveer who took 4wkts opened the innings too as he went on to score one of the most swashbuckling triple hundreds of Baroda. It was a pure carnage and domination by the little genius as he kept on progressing from 100 to 200 to 300 in no time. Left-handed Paramveer remained unbeaten till the end smashing 303* off mere 183balls which had 48fours and a six at a staggering strike rate of 165.67. Prithvi Nepali who opened with him also looked impressive for his 51. Yogi CA were again all out for 113runs with Irfan Shaikh taking 4wkts as DSCA won the match by an innings and 259runs.

It was a big win for DSCA and it was definitely Paramveer stealing the show with his thumping triple hundred.