The likes of Mccullum, Gayle, Gilchirst, Sehwag all have been lauded for their batting at the top of the order. Their blazing innings have made them more popular than their middle order counter parts but its time we appreciate even the middle order batsman as they play a very crucial role in finishing the chase or hitting big in the slog overs to make a big target. Many a times they single handedly help win the match. Hence, we at Sportsnasha came up with some of the top knocks at no.5, 6  and 7 which literally helped win the chase or make a big total to defend. Though there have been many knocks but to list them all is not possible, hence we came up with the Top 7 knocks as per our analysis!

It was 2015, when Russell was just a 2season old rookie, not many knew about his abilities till this knock came and made him one of the most fearful middle order batsmen in IPL. KXI Punjab made a healthy 155 and it was time for KKR’s top order to perform. However, KKR were reeling at 5/60 in 11th over at one point till Russell came and smashed sixes like as if he is playing on a beach in Jamaica or playing gully cricket. The brute force with which he smashed the bowlers must have dented their confidence as he scored 66 of mere 36balls and KKR won the match from nowhere!

KKR had to chase 161 in 15overs to be in top two in the points table and qualify for semi-finals spot as per the run rate. However, KKR were struggling at 4/78 in 10th over and in came Pathan when 93 were required in the last 6overs. Yusuf tore away the bowlers with disdain and changed the script of the game from nowhere. The highlight of his innings came in the 13th over when he literally humiliated the world’s fastest bowler-Dale Steyn. The sequence was 4, 6, 6, 4, 4, 2 against steyn as victory came in the 15th over, thereby ensuring KKR a top-two finish. This was also KKR’s seventh consecutive win back then as Pathan was declared ‘man of the match’

Pathan has eventually become the crisis man for KKR and is a rock solid part of the KKR team and why not when he has single handedly helped many matches win. Yusuf who also holds the record of fastest IPL hundred in 37balls once again showed his might vs RCB when KKR were 4/69 in the 11th over chasing a mammoth 186. Yusuf came at no.6 and without feeling any iota of a pressure started hitting as if it was a hitting practice session! Yusuf scored 66 off 29 laced with 5sixes and 4fours as KKR won the match once again from nowhere in the last over by 5wkts.

This has to be one of the best IPL innings ever seen. Not only because Miller’s hundred came off mere 38balls, it was all the more special because the biggest of pundits and punters had given up their hopes and money on Punjab when 140runs were needed in the last 12overs vs RCB. In came Miller and he without any fear, excitement or expression on his face scathed the bowlers with disturbing force smashing monster sixes. Miller just did the impossible coming at no.5 and single handedly helped Punjab chase down the last 140runs in mere 12overs smashing 8 massive sixes and 7fours to rip apart every single bowler. The innings was so impactful and the match turned upside down from RCB to Punjab’s favor with Punjab winning the match with 2overs to spare!

Coming in at no.5 with only 6overs left, Dhoni was in a different zone altogether playing a blinder of a knock. Dhoni just went crazy and the highlight of the innings was the 18th over where he smashed Perrera for 5sixes in an over reaching his fifty in mere 16balls. It was on the back of his late blitz, CSK won by a very close margin of 12runs. It was pure raw, unbashed power hitting and sixes were huge and the game was changed in a span of a few minutes into CSK’s favor on the back of his blazing knock.

Even though RCB lost that match by 8wkts but this knock was indeed the most special Dhoni knock. CSK batting first were 22/4 in almost 6 overs. Their team needed a Dhoni special but CSK were losing wickets from another end. Apart from his 42run stand with Saha, he lacked support and played silently till the 18th over till he exploded in the last 2overs smashing 6sixes and 2fours to anchor his team till the end hitting a 70* in 40balls and single handedly standing like a rock.

It was a knockout do or die match and CSK had to chase a massive 192 at the Dharamsala Ground. Despite a good start, CSK were 89/3 in the 11th over with 104runs needed in the last 8overs. Dhoni was at the crease and looked determined to pull this one off.

With 47 runs to get off 18 balls, it was getting more and more difficult for CSK to chase but Dhoni as always kept his cool and held his nerve. Requiring 16 off 6 balls, he clobbered two massive sixes off Irfan Pathan’s bowling to take CSK home. In all, he scored 54* off 29 balls with five fours and two sixes. That over also ended Pathan’s IPL career.

Dhoni was awarded Man of the match for his crucial knock. However, the fans would remember this knock not only for his batting effort but also for his emotional outburst as he famously punched himself after hitting the winning runs.

Also who can forget this knock. Rising Pune Superginats were chasing a mammoth score and Dhoni came at a time when the required run rate was above 9.5runs per over. The chase got so difficult that 13runs were required off the last 3 balls and Dhoni just did the unthinkable smashing Axar Patel for 2sixes in the last 2balls and helping Pune win a thriller of a match! The crowd erupted in joy and went berserk with that Dhoni special kock! 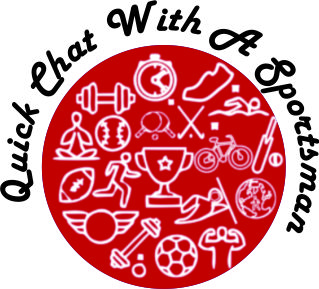 ” What Was Great Coach Achrekar Sir’s Mantra that made Sachin and many others great Cricketers ?