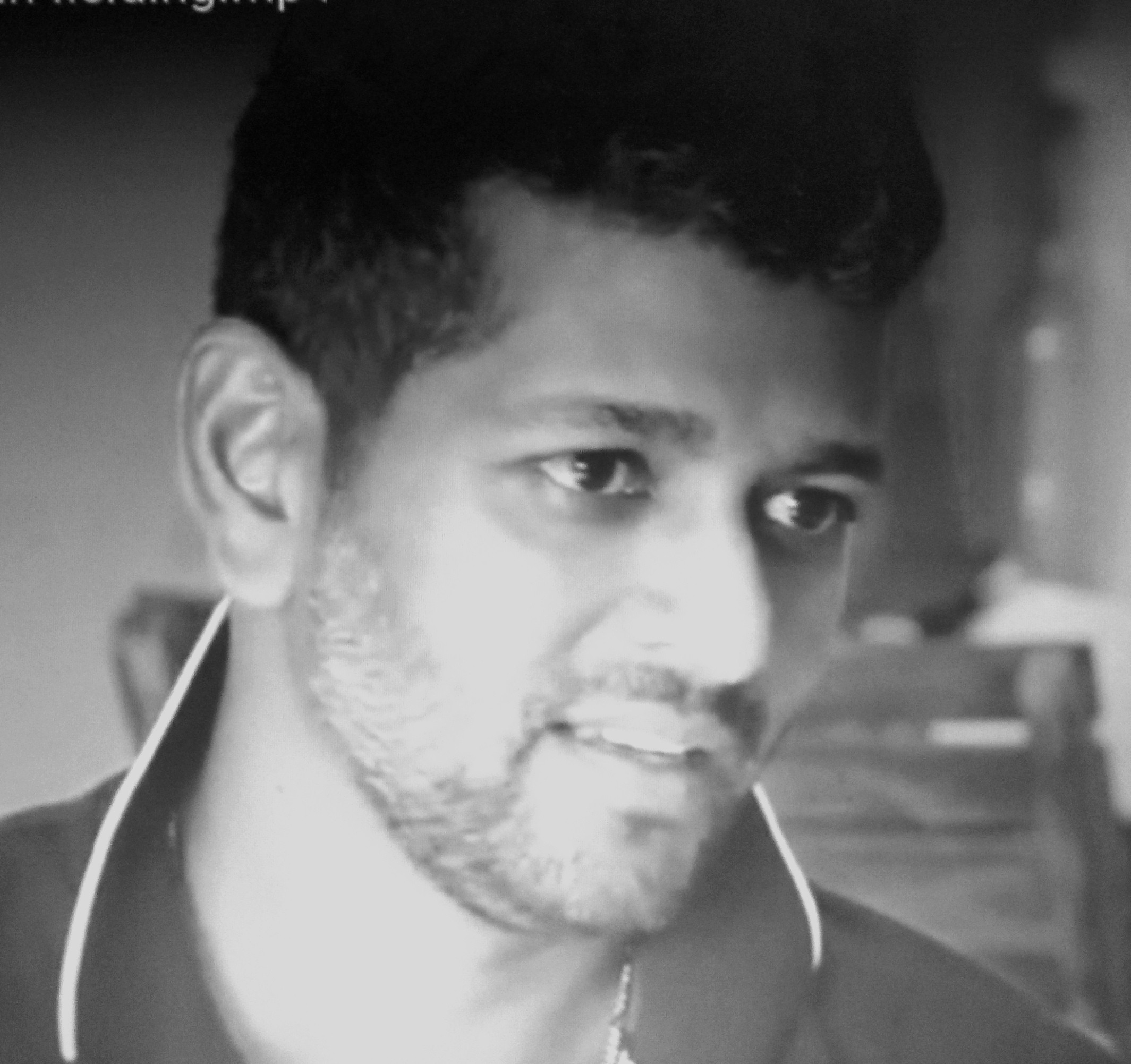 “Fate does some weird things to you.” Amol Muzumdar is a prime example of this. One of the all-time greats of Ranji Trophy just couldn’t surpass the finishing line due to some reason or the other. An uncomplicated technique combined with the ‘khadoos’ Mumbaikar nature ingrained his batting ( never throwing his wicket away!!) put many decent bowlers to sword. In that process he conjured up Mt. Muzumdar which is till date only surpassed by his fellow team-mate and friend Wasim Jaffer.

It was an honor and a privilege to chew the fat with this legend of Mumbai Cricket. Here are some of the Excerpts of the interview:

On England A’s tour of India

It was more of the most hard-fought series I had played in my entire career. Simply because it was competitive. Some of the England A players had already represented England.Ram Prakash was their batting mainstay We were relatively novice to international arena, a bunch of youngsters wanting to make a mark in International Cricket.

They were prepared while we had gathered from various parts.

India A wasn’t a regular side. India A was abrupt series. One solitary series sandwiched in between.

Rahul was my room-mate. Little did we know that we were competing for the same spot.. There were lots of county players. Dominic Cork had played Test Cricket, Paul Wiggs. Great Learning Curve for all of us.

What was the age that time?

There were some good ones. Sourav hardly got runs. Vikram Rathore was the highest-scorer. I got two fifties in the Chandigarh Test Match.

The only match we won was the match I got runs.79 at Indore. I was batting at 5. Dravid at 3

Anything special about Dravid?

We used to discuss tactics how to play these bowlers.  Bowlers were very competitive. They were pushing the bowl through the air and didn’t allow us to come down the track at all. I was struggling against the left-arm spinner. In Kolkata Test I got out to left-arm spinners. Rahul helped me tackle that. I was keenly watching how Rahul was coping with left-arm spinners. I asked him how he was coping with them. So he gave me a couple of tips. So I incorporated those in my next match and I handled left-arm spinners very well. I also asked him about which bowlers to sweep so we decided that if the ball is outside off-stump, we would sweep otherwise not.

Swann beat him five times in a row. Commentator thought that it was curtains for Dravid but then after that over he did not get beaten even once.

Rahul Dravid, Yes. I didn’t think he would become a legend but certainly a good Test Cricketer. I was surprised with Sourav Ganguly.

Sourav had a superb ability to lift the ball. That ability carried him throughout his career. That skill I or Rahul didn’t have. That ability was inborn in Ganguly. I was a little surprised with his Test Career. You can derive whatever you want to derive from my comment.

I cannot remember that innings. He always carried that tag of an international cricketer because he was a part of the 1992 tour.  There was a very good competition between me,Rahul, VVS, Sourav . But me and Sourav struggled throughout the Duleep Trophy barring one innings

Quota system is a man-made word. If you have selectors from each zone it is bound that he watches player from that zone. Gr Vishwanath would watch a Dravid. So this is a system which works.

I always loved batting at No. 3. You are always switched on and always in the game. Somebody like Rahul always liked to be in the game. You never know when your chance would come.The process of No. 3 starts from the first ball itself. No.3 has to watch the first ball. You get a lot of gaps early in innings , so scoring opportunity increases (So you tend to quickly move into 30s)

On captaincy of Sourav

Again I was surprised when he was made the captain. He wasn’t great tactically. Instinctwise and choosing the right personnel was his forte. He was more of the category of Imran Khan. Rahul was tactically more sound.

Similarities between Sourav and MSD as captain.

He kept the seniors and  juniors happy. He kept a balance between the so-called senior players and junior players. Sourav was the trend-setter in bringing the team together. He made the team environment happy. Earlier captain were too engrossed in themselves.

On aggression of Sourav

Born in the wrong era- People may feel I was unlucky. It was just that my career coincided with 4-5 great players. We can never have another Sehwag, Laxman, Dravid or a Tendulkar. I did whatever I had to do. So, I have no regrets. On the other hand I thought I played in the perfect era.

In 1995 , couple of times I had a pretty good partnership with Rahul .Rahul and I went to Kenya with India A. I ended up getting two man-of-the match awards. There were some positive memories.

Three things to learn from Sourav

Man-management, way he handled his own career. Dravid had his moments and was consistent. Sourav handled himself pretty well at the international level, and had great hitting ability over the top.

Long-handle or a short-handle- Nothing as such. Depends on the hand eye-coordination.

He wanted to bring a revolution which was not possible.

On our overseas performance

Times change. Heroes change. In next 10 years time there would be another Sachin. In 1980s I didn’t have a cricketing world beyond Gavaskar and Tendulkar. I thought there won’t be someone similar like a Sachin Tendulkar or a Gavaskar. If we consider only Test cricket then replicating this era would be difficult.

On home team winning all the matches

Techniques have changed a lot. Overseas performance in yesteryears was better. Technique in Test Cricket has gone down a bit (Maybe T20 cricket is responsible)

On survival of Test Cricket

Test cricket will survive the Test of times. You can bring in as many changes or tweak but it has not changed Test cricket. Respect for a Test Cricketer is different. If you take example of Suresh Raina. He may have played 200 ODIs but he is only in Grade B.

Out of 20 people if you take a general consensus 15 want to play only IPL. Other 5 will play Test Cricket first and then IPL.

On minimum criteria to qualify for international level or IPL

The board has to intervene or make it compulsory. You should play a ‘n’ number of first class matches for your state side. If you don’t perform in those 5 matches you won’t be considered for IPL. There has to be some parity in auction. It shouldn’t happen that some average player is sold in crores and player like Hashim Amla remains unsold .You have to play continuous international cricketer in order to survive.

Out of the famous quarter

Was Dravid in the shadow of Sachin Tendulkar

Can’t tell. Sachin Tendulkar was an enigma and was a box-office hit. When there is a revolution you can’t do anything.

Does the hype affect you?

It doesn’t affect. It depends how you react. You have to cater to the pressure of expectations. For Sachin it was inborn. Self-control is tremendous. It is in-born

On mindset change because of IPL

Mindset has changed. If you bowl a maiden over to a particular batsman maybe his ego is hurt. Maybe in yester years his ego wasn’t hurt. If you bowl 6 good balls to Rahul Dravid he would pay respect to that bowler and say I would counter in my own way. Today if he bowls 3-4 dot balls then the batsmen thinks he needs to go for a big shot on the fifth ball. Batsmen’s self-esteem is bloated.

Pakistani players are artists and more importantly they have control. It is an art. The amount of artists have reduced in India. Artistry is in their genes.

Our mindset is that way. You need patience while managing fast bowlers.

I cannot say fearful but quick spell I faced against Donald in 1996 was ultimate.

For me definition of maverick is different. Kambli was a maverick. Sheer Magic. He used to win matches single-handedly. These players have place in my team.

On Kevin Petersen being dropped from England

England could have handled the situation better. He shouldn’t have been sacked. Sometimes you just need to pull the collar and pin him down. You have to let him go and have trust in him and if he breaks that trust pin him down the wall and tell him, “If you mess around with the team environment you would be out.” But the way ECB handled it was rubbish.

On batting consultant with the Dutch team-

I have been there for the past 5 years. I liked job satisfaction over there and we qualified for the World T20 also. Coaching is completely different. If you can play Test Cricket then you can play any format of the game.

What was the threshold in your career where you felt you can never make it to the Indian team.

2006 was the threshold. I had won everything with Mumbai. Duleep Trohy, Highest run-scorer. Led Bombay , scored runs Still I wasn’t picked for India A. That time I realized the shop was shut.