Today, fitness has gained a lot of importance  among 50+ people in Mumbai. Table Tennis is one such game, which not only helps to maintain fitness level, but also helps to improve concentration power. P.J. Hindu Gymkhana table tennis players, especially in 50+ age group are just passionate about this game. They regularly participate not only in local tournaments, but also at the national and international level competitions.

After putting up a good show and winning medals at the Veterans Nationals, PYC Gymkhana first State Ranking Veterans’ Tournament, South Asian Veterans TT Championship at Colombo these they have added 8 more medals to their tally of medals won during the past 7  months, creating a new record.

In the Juhu Vile Parle Gymkhana Club’s  4 Star Ranking Tournament Prakash kelkar won Gold medal and Trophy in the men’s 39+ Singles. Prakash went on to add one more feather in his cap, winning one more Gold Medal in the MIG Cricket Club State Ranking Veterans’  tournament. Besides Prakash, four other players from our Gymkhana bagged six more medals in this tournament. 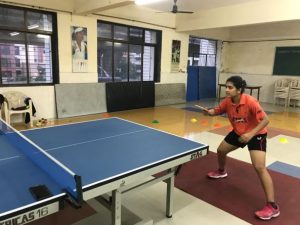