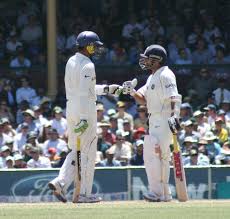 It has been a perennial chicken and the egg story as far as worried parents are concerned. With the age old programming of a secure job for the boy and getting your girl married off at the right time, Indian parents and their children have been at crossroads when it comes to sports.
If I get a bit filmy, I would rather improvise this for all our Indian audiences with the scene from the movie “Deewar”-
Just imagine- Amitabh Bachhan is the sports person asking his younger brother Shashi Kapoor,
Aaj mere paas team hai, match hai, performance hai, trophies hai, tournaments hai, tumhare paas kya hai &
The younger brother says- Bhaaaai mere paas degree hai.
Classic bollywood melodrama.
There comes a point in the life of every sports person when you have to choose between continuing to play professionally or complete your education. Personally I feel both are possible simultaneously. We cannot run away from the fact that 90% of active professional sports persons across all sports in India do not complete their graduation.

India has been a society where certain things stay forever. Hence from an era when our earlier generations did not have the cushion of financial stability, it has been – “padhoge likhoge to banoge nawab, kheloge to honge kharab”
Education takes precedence in our life, you get a permanent job and you are on your way to salvation. And if you like sports, then you are a problem child. Support given to you when you take a break to pursue civil services is quite contrasting to the one you take to play any sport.
The sporting culture is very vibrant when we are in school. Most of us are encouraged to take up sports and represent the school. As you inch towards your 9th grade, suddenly everyone around you gets more worried about your future. You got to prepare for the 9th and the boards. Then you have to prepare for the 12th, the CET, the NET, entrances, etc. in most cases this investment of 4 years results in joy and satisfaction for everyone except the child. If the child performs as per expectation, he or she is then cryogenically pushed into the world of further education keeping in mind a career relished by all except the child. All this is done for a financially secure future and a well to do bride or groom.
Though this flowchart is changing, the conventional trend does not augur well for the society. Basically all of us are intelligent enough to play and study at competitive levels simultaneously. We have been far more monochromatic in our approach towards life as well as our capabilities. Life being trans-disciplinary, sports and education can be pursued together. This has to be ingrained in parents, coaches as well as players.
The Mumbai Ranji team has seen the fallout of not having educated cricketers of late, and with educated I mean at least graduates. With the sports industry growing leaps and bounds over the years, the educational background of sportsperson’s is an important trait to help him or her perform professionally while managing additional media and investor attention or should I call it distractions. Tennis legend Mahesh Bhupati summarized it well when he confessed that Indian parents push their kids into education, Australian parents push their kids into sports.
The ill effects are predictable- a highly educated individual will not be able to return to competitive sports due to the lack of time invested on the field, vice versa, a talented sports person may not be able to take up any work or job post his or her hay days as they do not have enough educational qualifications to match the job market. An equilibrium is needed. This is where it becomes important to make sports a compulsory subject in school. Even if skeptical argue against this, sport’s gives your personality the extra edge to perform in life. This will also give the female populace an opportunity to improve their health to face the future challenges of motherhood. Just imagine the improvement in the mental and physical state of the differently abled if they study sports in their schooling days.

This will also force the authorities to push schools to have compulsory sports infrastructure. After all where will all the kids play? We had someone like Erapalli Prassana take a break after making his debut for India, just to complete his engineering, MS Dhoni and Suresh Raina also attempted to complete their graduation while playing for India. Former England captain Andrew Strauss holds a degree in Economics, Cyclist Paul Manning, a Beijing Olympic Gold medalist, graduated in 1996 from Birmingham University with a degree in Earth Sciences, Avishkar Salvi who played international cricket for India holds a post doctoral degree in Astro Physics, Left handed batsman Amay Khurasiya had cleared IAS before being drafted to play for India, Former Australian cricketer Geoff Lawson is a qualified optometrist and Pakistani batsman Saeed Anwar holds degree in Computer Systems Engineering.
Hence it is not impossible to pursue sports along with studies or vice versa which ever you prioritize. As the late George Sheehan, Physician, Athlete, Author once said that “sports is an essential part of education”.
-Writer is a Radio Sports  Commentator