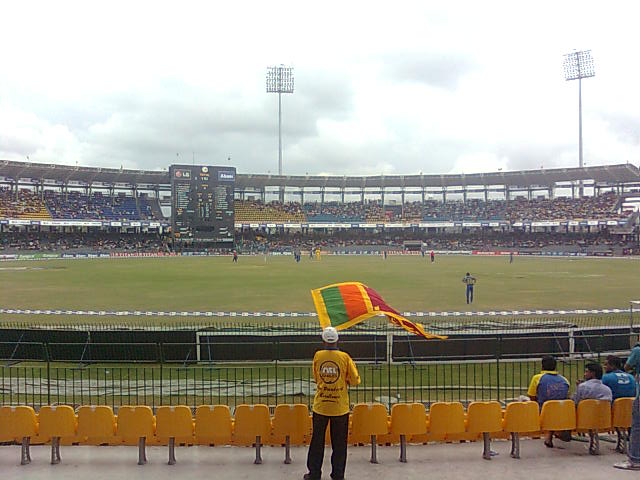 A captain is the one in command of a ship or a leader of a team. Looks like the island nation is struggling to find on for its ship. The SriLankans are famous for their near calypso style love for cricket. They have produced some excellent cricketers as well as results over the years. But the former world champions find themselves at the crossroads as they attempt to rebuild their team and regain lost glory. Sri Lanka have been known for their exploits in the earlier world cups when beat fancied teams, including India in 1979, even before they got their test status. Be it their tours to South Africa during the apartheid regime to the maiden world cup in 2996, the islanders have always won hearts on and off the field.

But today they find themselves in a peculiar position, they can’t find a man to lead their cricket team. Post the retirement of the big three- Sangakara, Dilshan and Jayawardhane, the vacuum seems to be never ending. Sri lanka have been pushed into a black hole.

Since the champions trophy in England and Wales, Sri Lanka have had 6 players leading their Test and ODI sides with Lasith Malinga becoming the 7th to lead them in the 4th ODI against India.

At the Champions trophy, Upul Tharanga led them agains South Africa at the Oval. He was suspended for slow over rate and later got injured, hence Angelo Mathews led them against India and Pakistan post which he too was injured.

As India began their tour to the island, Lahiru Thirimanne lead the Board President XI, he failed to find a spot in the test side and veteran Rangana Herath had to take over the reins in the absence of the injured Dinesh Chandimal.

Chandimal returned to lead the side in the next two tests in the absence of the injured Rangana Herath.

As the ODI series began, Upul Tharanga was once again reinstated as the ODI captain as Dinesh Chandimal was ruled out of the series due to thumb injury. Upul Tharanga got suspended after the 2nd ODI due to slow over rate and Chamara Kapugedera led Sri Lanka in the 3rd ODI.

Now Kapugedera has aggravated his back injury and Lasith Malinga will lead Sri Lanka in the 4th ODI.  Opposition captains have had to enquire who would they find at the toss. Infact at the Champions trophy, I did ask Sangakara during lunch, if he may have to take the reins of captaincy back again, Sanga’s response was a wry smile.

If that was not enough, their coach Graham Ford ended his contract prematurely and was replaced by field coach South African Nic Pothas. Ford quit  fifteen months into his four year contract.

By the time you are sure who lead Sri Lanka in which match, the selectors- Sanath Jayasurya, Ranjith Madurasinghe, Romesh Kaluwitharana, Asanka Gurusinha and Eric Upashantha have resigned citing poor performance of the team. Nic Pothas would be worried about who would pay his salaries!!!!

The overall performance of Sri Lanka at the international level has plummeted over the years and it is unfortunate. They have fielded 51 international cricketers across formats in the last 15 months. For a country rich in cricketing talent and legacy, this is synonymous to an extended drought.

The Sri Lankans as known for their hospitality and music across the grounds, but during the last couple of matches, the crowds expressed their disappointment by holding the team bus post the 2nd ODI as well as creating trouble during the 3rd.

We sincerely hope that Sri Lanka finds a gladiator like Ranatunga, Jayawardhane and retakes command of a ship caught in a fierce storm. Guess Sri Lanka need to take a cue from the West Indies or Bangladesh. And as Captain Jack Sparrow says-  “The problem is not the problem. The problem is your attitude about the problem”