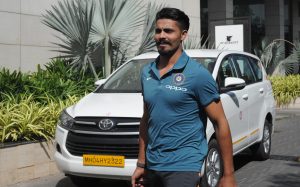 During my weekly visit to Pan shop yesterday, I had some interesting cricketing debate with Mamu Panwala. It made my tobacco less Poona Masala Pan taste like Banarasi masala . It went some what like this….

Mamu– Aju Bhai have you seen this photo in my shop? Just see who is eating Pan in my Shop.

Me-Oh it is Jadu, I mean Ravindra Jadeja.

Mamu- Aju Bhai Last time when he came to Mumbai visited my shop on his way to Airport to have Pan. May be he might have read your blog of Cricket with Mama Panwala on social media by fluke.

Me – Great Mama! So, Sir Jadeja also thought you are the best left handed Panwala in the world. By the way what did you tell him?

Mamu– I asked him, Sir, what is secret behind your terrific bowling performance in recent times which has given you number one spot in ICC rankings? Moreover you look combination of all spinners in the world including Sobers, Bapu Nadkarni, Bedi, Maninder, Underwood, Herath, Dilip Doshi and other great left arm bowlers.

Me- Then what he said?

Me- What was that Mama ? Please tell me, so that I can share with my son who also wants to be a supreme and unplayable left arm spinner like him.

Mamu–  Just imagine. What great players like Jadeja do and what helps him to be best in World ICC rankings. After all he is the best left arm bowler of all times. I gave him a pan and he said “Your pan is of exquisite quality with all the cherries looking like new ball and Pan leaf having all the freshness of Lords ground grass”

Me-  Don’t praise your Pan now. I eat it everyday it’s not worth the price anymore after GST . It needs innovation also, as Jadu does in his bowling. Tell me what Jadu told about his bowling and why he gets so many wickets and why he looks alloy of all ex left arm bowlers? Is it because his ball turns more viciously than other bowlers?

Mamu- May be yes, he turns, but most of the times batsmen turn the bat in wrong direction, so we think Jadu turned it. But what Jadu told about his secret of getting wickets was different.

Me–  May be because our fielders are better nowadays than earlier days , when short leg   and slip fielders took only straight forward catches and not looking at anything else like a very good behaving boy who would not look anywhere but in front of his nose.

Mamu– No Man. Close fielders were good in seventies also, with great Solkar at short leg, Venkat at gully and Sunny bhai at first slip. Tell me something else which is turning Jadu into a greatest combination of left arm bowler.

Me– Is it because Jadu bowls good line and length all the time that he makes the batsman play at everything and commit mistake ?

Mamu– No No No. Line and length bowling can get ordinary batsmen out but Jadu gets wickets of top class batsmen. Just try guessing what is special in Jadu as per Jadu which gives him more wickets than he deserves.

Me–  Is it because Jadu flights the ball well?

Mamu- Jadu did not speak about his flight. Ashwin also flights the ball but can’t match Jadu’s wicket taking ability. There is something in Jadu that he has invented and which is a supreme quality for taking tons of wickets.

Me– Do you think toady’s batsmen are impatient and so gift wicket to Jadu trying to hit him out of line.

Mamu- No Aju Bhai. Batsmen don’t get out to Jadu hitting. They get out to Jadu only defending. And Jadu said something very different about why he keeps getting wickets.

Me– Mamu, I am unable to use my half side shining brain any further. I can’t do more research on Jadu as I am  tired. I did lot of  research on greats like Bedi Chandra, Prasanna, Kumble, Warne spending all my precious time of studying and getting thrashings from my parents from time to time. Leave alone getting a single degree of Philosophy.

Mamu- Just last chance to you Aju Bhai. Please tell me what Jadu must have said about his exceptional bowling.

Me- I can’t Aju Bhai. You just tell me what Jadu told you . I surrender I can’t guess what makes Jadu  such a greatest combination of all best left arm bowling sensations in the world and as such I am not Kohli who speaks to him after every over, so how will I know.

Mamu- You said it Aju Bhai. You have given half answer from you half shining side of brain.

Me– Really?  What is it Mama? Tell me what Jadu said about why he looks greatest combination of all left arm bowlers from all over the world?

Mamu-  Aju Bhai, very very simple idea. It looks like Ravi Shastri’s brain which is generating more ideas than wickets he took in his entire cricketing career. As you said just now. Kohli speaks to Jadu after every over. He tells Jadu “Every 3 overs you are a new bowler . First  Bedi,  after that you are Sobers after that Bapu Ndkarni then Herath  and at the end you are Ravi Shastri” So by the time he is Shastri he has grabbed entire opposition with the lethal bowling bowling exactly like these old legends. “

Me– Mamu what an idea conceived by master brainer Ravi Shastri  , implemented by  Virat Kohli and well executed by Jadu.

Mamu- Wait Wait Wait !It’s all false story made by me. It’s all my imagination Aju bhai. Neither Jadu came here, neither he ate any pan here, nor he told me anything.

Me- Then that Photo of Sir Jadeja  eating Pan?

Mama- It’s Photoshop Aju Bhai. My Son is learning PhotoShop and Jadeja eating Pan from me was his final exam project. 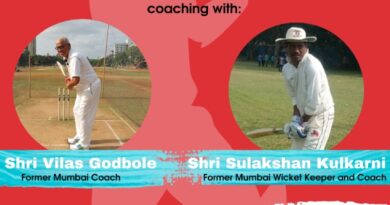 One thought on “Why Jadeja is the most dangerous bowler?”