Manchester United are reportedly set to redouble their efforts to sign Gareth Bale this summer and are willing to spend £100m. (Source: MEN)

Liverpool are looking to beat Arsenal and Man Utd to the £50m-signing of Lyon striker Alexandre Lacazette. (Source: Sunday Express)

Everton are weighing up making a shock move for Leicester’s Jamie Vardy as they line up a replacement for Romelu Lukaku. (Source: Express)

“Of course, I would consider it if Madrid made an offer.” – Eden Hazard on whether he would like to join Real Madrid. (Source: SkySports)

Leicester City have made an enquiry for £30m-rated Swansea midfielder Gylfi Sigurðsson. (Source: Mail on Sunday)

Manchester United are lining up a world record £100m bid for Gareth Bale after turning their backs on Antoine Griezmann. (Source: MEN)

Arsenal are ready to make a real statement of intent and increase their offer for Kylian Mbappé to a world record £95m. (Source: Express)

Manchester United will announce the signing of Benfica and Sweden defender Victor Lindelöf for £30m next week. (Source: Sunday Express)

Manchester City have had an initial offer for Benjamin Mendy rejected by Monaco. The French side want £40m. (Source: Sunday Telegraph)

-Brought to you by Sportsnasha

Hazard strike dumps English league leaders out of Cup In 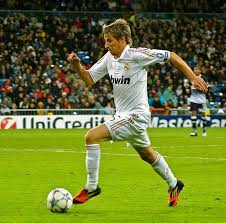