Mumbai Super League Table Tennis Championships will be held in Worli. This is the third year of the tournament. It will include junior and senior players. The competition will be played for a total of 4 days.

In this championship, the winner will get Rs 1.80 lakh, the runners-up will get a reward of Rs. 120,000, while the third and fourth prizes will be given Rs. 70 thousand and 50 thousand rupees. There are 10 teams in this tournament. There are 6 players in each team. Six players from each team (male, female, junior boy, junior girl, cadet boy) will include players from different ages. Ten teams are divided into two groups. Each group will have 5 teams. Besides, the conference will be attended by NSCN Chairman Monish Bhansali, Kamlesh Mehta Director, Eleven Sports, Mahendra Chiplankar, Joint Secretary, MCDTTA, Jigar Ramabhiya, MSL League Chairman and owners of each team and others 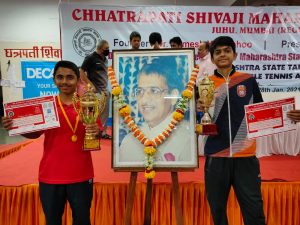