Francia “FANNY” ELSJE BLANKERS-KOEN born on 26th April 1918 at Lage Vuursche, Netherlands. She is best known for winning four GOLD medals at 1948 SUMMER OLYMPICS in LONDON. She accomplished this as a 30-year-old mother of two, during a time when many disregarded women   athletics. She was the most successful athlete at the 1948 SUMMER OLYMPICS. Her Olympic victories are credited with helping to eliminate the belief that age and motherhood was a barrier to success in women’s support.

As a teenager she enjoyed tennis, swimming, gymnastics, ice-skating, fencing and running. She was a natural athlete. A Swimming coach advised her to do track event because there were already several top Swimmers (such as RIE MASTENBROEK) at that time she would have better chance to qualify for the Olympics in track events.

The British athletics TEAM manager Jack Crump claimed that she was “too old to make the grade “. Many in the Netherlands also said that she would stay at home to look after the children, not to compete in athletic events.

After she was named “FLYING HOUSEWIFE”, THE FLYING DUTCHMAN” and “AMAZING FANNY”. QUEEN JULIANE of NETHERLANDS made her KNIGHT OF THE ORDER OF ORANGE NASSAU.

Apart from her four Olympics titles, she won Five European titles and 58 Dutch championships, and set or tied 12 world records-the last, pentathlon, in 1951 aged 33. She retired from athletics in 1955, after she became captain of the Dutch female track and field team.

At a gala in MONACO, organized by INTERNATIONAL ASSOCIATION of ATHLETICS FEDERATION (IAAF), she was declared the “FEMALE ATHLETE OF THE CENTURY”.

SPORTSNASHA SALUTES AND WISHES A HAPPIEST BIRTHDAY TO A LEGENDARY ATHLETE WORLD HAS EVER WITNESSED. 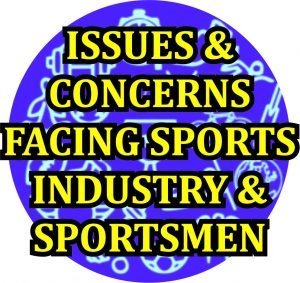