With first week of 2017 ending with partying mood slowly vanishing and turning into a  working mood few stray thoughts for you .

Like last week saw end of a captain’s era which was more successful  than anybody and increasingly exciting as very few.
Like it was a decade long dominating and silently exploding years after years with wins after wins and performance beating   expectations .
And that it was an era of gentle ruthlessness and ruthless gentleness not seen before and will not be seen again perhaps.
Like I feel it  was a time when unpredictable looked predictable and unachievable looked simple but success available in ample.
Like it was a period when indigestible targets looked digestible and acid tests were overcome without acidic reactions.
Like it  was  memorable and unforgettable visual extravangza of unmatched power and unseen competiveness.
And like it  was nerve breaking thrashing and  balanced bashing. These data files on mind desktop of bowlers they would love to shift to recycle bin.
Like the man who could play student sometimes and  teacher most times producing rankholders and promoting
street smart soldiers at the same time.
And that only Usain Bolt could run faster between wickets  and Phelps could swim better in troubled waters.
Like  extremely decent and decently extreme career of an outstanding cricketer getting over without any fuss and publicity may not be the only breaking news of week but definitely a shaking news for not only cricket but every sports freak on the earth.
See you next week with less shaking and shocking stray thoughts.  Ji 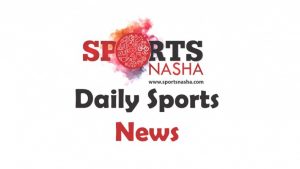