An end of an era

Dhoni is no lesser than Narendra Modi when it comes to pulse-setting announcements. The Dhoni currency finally depreciated after close to a decade, by a small margin, when Dhoni dropped a bombshell of stepping down as captain, in his trademark style. No hogging the limelight, No murmurs or rumors, a simple plain press release from the BCCI. By the time a common cricket fan could digest it, Dhoni was no more the captain of the side. Like a slip of sand from the hand, Dhoni handed over the baton to the current darling of Indian Cricket, Virat Kohli. Some say the timing was right, some say he got it wrong especially with the Champions Trophy lurking around. Let’s not ponder over it, and take relief from the fact that we still have the luxury and pleasure of watching India’s best finisher in a new avatar. The opposition bowlers will be the most worried lost, as Dhoni, free from the burden of captaincy the might just switch back to his older destructive self (A ctrl+Z in short!).

Dhoni entered the captaincy scene as a gambler, (remember Joginder Sharma’s last over to Misbah ?) who could pull out a rabbit out of any hat, but slowly he became more mellowed down, as age normally does to a person and became more calculative in his approach. Dhoni rarely showed his emotions on the field and always chose to keep the cards close to his chest. From the periphery, just looking at his body language you wouldn’t know whether he was angry or elated, sobbing or laughing. His calm demeanor masked the storm that must have been stirring inside his iron-coated body at various instances. For most of his career, he liked one-day cricket as the structure of the format neutralized India’s weaker arm.

Dhoni’s legacy will be that he allowed players to fail, at various junctures of their career. Be it Rohit Sharma, Virat Kohli, Ravindra Jadeja or a Shikhar Dhawan. Virat himself admitted in an interview with bcci.tv, that MS saved him from the axe many times during his career. One such instance I remember was in a test match against Australia in Perth. Virat Kohli failed to put up any score of note in the first two tests and there were strong calls to drop him in place of Rohit Sharma. But Dhoni persisted with Kohli and the rest is now history. Dhoni was one of the calm tributaries of a turbulent river that steadied the river and gave it direction. He was one of those books which was difficult to understand and hard to fathom, but rich in substance. Although the overseas losses, are a few dark spots on a unblemished career, he will always be remembered an emblem of grace, calm and courage, who took Indian cricket to a new pedestal. It is now up to Kohli to match those steep, impeccable standards and Virat, I am sure will leave no stone unturned in achieving those. He will be lucky to have Dhoni’s razor sharp brain at his disposal and hope that his motivation levels remain as optimum as his fitness. If that happens, the climax of his career could be as thrilling and intriguing as the movie.

Vijay Merchant , Sunil Gavaskar and now MSD going when people ask Why?  and not Why Not! 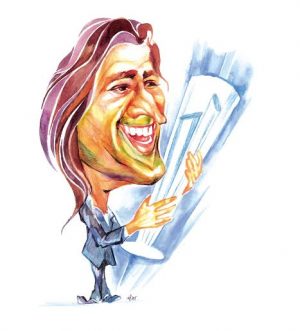 4 Mistakes done by Kohli which cost India a series defeat